GERGONNE INDUSTRIE has developped a high performance and rationalized range of adhesive foams and films for temporary surface protection, including residue free removal.

Developped for the most demanding industries (railway, aircraft cabins etc), the GERGOPROTEC single sided adhesive tapes protect semi and finished assemblies during the various stages of construction as well as during assembly transport. 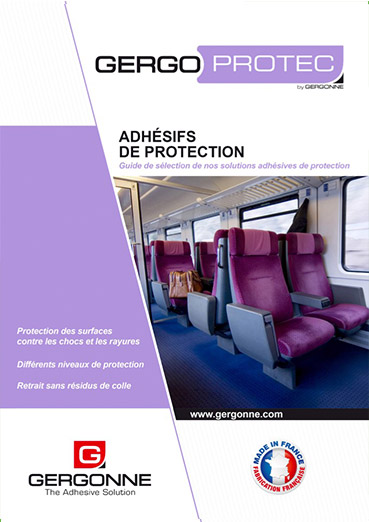 Various levels of protection are proposed in order to optimize the proposed solution in function of the value of the part to be protected and it's surroundings.

This range is the fruit of 50 years of GERGONNE INDUSTRIE experience in the formulation and coating of adhesives as well as the transformation of flexible raw materials.